To share your memory on the wall of Elizabeth Ooten, sign in using one of the following options:

Receive notifications about information and event scheduling for Elizabeth

There are no events scheduled. You can still show your support by sending flowers directly to the family, or planting a memorial tree in memory of Elizabeth Lucille Ooten.
Plant a Tree

We encourage you to share your most beloved memories of Elizabeth here, so that the family and other loved ones can always see it. You can upload cherished photographs, or share your favorite stories, and can even comment on those shared by others.

Posted Jul 22, 2019 at 07:50pm
Diane and Sharon
So sorry to hear of your precious mother's death
she was exceptional Lady in every sense of the words
Kind caring and so very considerate of others
I sure am glad y'all shared her with me I truly loved her
May God place his hands upon you all and comfort as
only he can

Posted Jul 22, 2019 at 06:00pm
To the family, so sorry to hear, but Lucille was a wonderful person and will be missed by all her knew her. Prayers for all the family. Sincerely, Margie Parsley
Comment Share
Share via: 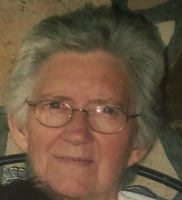