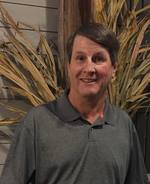 William Douglas Newsome 58 of Kermit, WV; went home to be with the Lord on Friday, November 1, 2019 at the Cabell Huntington Hospital in Huntington, WV. He was born on July 5, 1961 in Mingo County, WV; he was a son of the late Floyd and Carrie Brewer Newsome. He was preceded in death by his siblings, Alvin Newsome, Sharon Booth, and Edward Newsome. Doug was a coal miner, a member of the Rosetown Freewill Baptist Church, where he was a devoted deacon and had 23 years of service in the church. Doug enjoyed golfing at the Eagle Ridge Golf Course and spending time with his family.
He is survived by his loving wife of 31 years, Connie Perry Newsome of Kermit, WV. Doug is also survived by his children; Shawn (Kayla) Salmons of Kermit, WV, Teehia Newsome of Crum, WV, Megan (Joey) Porter of Ft. Gay, WV and Steven (Amanda) Newsome of Ashland, KY as well as 8 grandchildren. He also leaves behind his siblings; David, Danny, Ronald (Sandy) Newsome, Mary Ellen (Sam) Dingess, Josephine Newsome, Pamela Newsome, Violet Dingess all of Kermit, WV as well as several nieces, nephews, and extended family and friends.
A celebration of life service will be conducted on Tuesday, November 5, 2019 at 1:00pm at the Rosetown Freewill Baptist Church with Ken Allen, Jerry Newsome, and Keith Brumfield officiating. Burial will follow in the Selwyn Brewer Cemetery of Marrowbone, WV. Visitation will be after 5pm Sunday, all day Monday, and until time of services on Tuesday at the church with services each night at 7pm at the Rosetown Freewill Baptist Church. The family wishes to thank the Edward Cancer Center of Huntington, WV. In closing out this obituary we will do so in honoring Doug and say, “Golfing On.” Mullins Family Funeral Home is honored to be serving the family of William Doug Newsome.