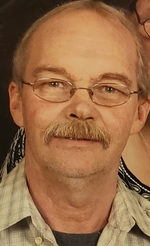 Robert Lee Eastman 64 of Oil Springs, KY went home to be with the Lord on Saturday, February 29, 2020 at his home surrounded by his family and friends. He was born on July 12, 1955 in Fayetteville, WV; he was a son of the late Charles and Patricia Blake Eastman. He is preceded in death by his parents as well as brothers, Ivan and Johnny Eastman. Robert was a Christian and had worked for Cox Auto Parts in Paintsville, KY.
Robert is survived by his step-father, who raised him, Claude Gauze of Mt. Sterling, KY as well as his wife; Carol A. Gibson Eastman of Oil Springs, KY, son, Zachariah Lee Eastman of Oil Springs, Ky, daughter, Randi Michelle (Ricky) Dials of Warfield, KY, and 2 grandchildren, Eryn Dials and Ricky Dials III. Robert also leaves behind his brother, Sherman Eastman of Michigan and sister, April Harris of Mt. Sterling, KY as well as a half-brother, Mike Eastman, step-siblings, Rick Pawson and Tracy Davis all of Michigan as well as a host of family and friends.
The family is going to schedule a memorial service to be held at a later date which will be announced when plans are made for the service. Mullins Family Funeral Home is honored to be serving the family of Robert Lee Eastman.