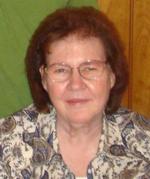 Marie Howard Lawson 79 of Inez, KY went home to be with the Lord on Sunday, October 27, 2019 at her home surrounded by her family and friends. She was born on February 28, 1940 in Three Forks, KY; she was daughter of the late Bill and Mary Jude Howard. Marie was preceded in death by her son, James Lester Lawson. She was a homemaker and a member of the Buck Branch United Baptist Church.
Marie is survived by her husband of 58 years, Phillip “Tom” Lawson of Inez, KY, son, Clayton “Chubby” (Mary) Lawson of Lawrence Co., KY; daughters, Joanne Lawson and Mary (Randall) Patrick of Inez, KY as well as 3 grandchildren, Phillip (Ashley) Lawson, Tina (Justin) Adkins, Jonathan (Alexandria) Patrick and Ethan Smith who was like a grandson to her. She also leaves behind her 5 great grandchildren; Harper, McKenzie, Jace, Lilly, and Annie. Marie is also survived by her siblings; Glen Howard of Pilgrim, Ky, Billy Howard of Inez, KY, Melvin Howard of Pilgrim, KY, Ernie Howard of Pilgrim, KY, Carrie (Donnie Ray) Preece, Judy (Milton) Newsome, Rowena (George) Preece, and Amy Lucille (John) Edmonds all of Pilgrim, KY as well as a host of extended family and friends.
Funeral services will be conducted on Thursday, October 31, 2019 at 1:00pm at the Buck Branch United Baptist Church with Buddy Stacy, David Stacy, and Herman Stacy officiating. Burial will follow in the Cassady Cemetery of Inez, KY. Visitation will be after 5pm on Tuesday with special services conducted each evening at 7pm. Tuesday night services will be conducted by Elder Gabe Lowe Jr. and others. Mullins Family Funeral Home is honored and privileged to be serving the family of Marie Howard Lawson.