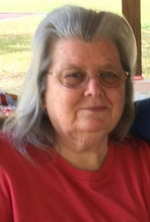 JoAnn Davis 77 of Van Lear, KY passed away on Tuesday, October 13, 2020 at her home. She was born on February 9, 1942 in Warfield, Ky; she was a daughter of the late Joseph Allen Campbell and Gleandean Dalton Campbell. She was preceded in death by her first husband, John Lewis Davis and brother, Kenneth Campbell. She was a homemaker.
She is survived by her soulmate and companion of 30 years, Elmer Maynard as well as her children; Scott Bradley (Tammy) Davis of Lovely, KY, John Lewis Davis Jr. of Warfield, KY, Charles Joseph Daviss of Inez, KY, Debbie (Jed) Smith of Inez, KY and stepchildren; Steven Maynard, Terry Maynard, Ronnie Maynard, and Tabitha Staton as well as a host of grandchildren, great grandchildren, and great-great grandchildren. JoAnn also leaves behind her brothers, Paul (Phyllis) Campbell of Van Lear, KY and David Allen Campbell of Warfield, KY.
By request of the family all services will be private. Mullins Family Funeral Home is honored and privileged to be serving the family of JoAnn Davis.