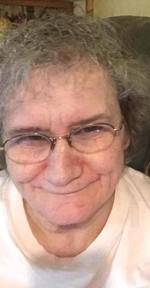 Edna Howard Spaulding 70 of Inez, KY went home to be with the Lord on Friday, November 22, 2019 at her home. She was born on June 12, 1949 in Pike Co., KY; she was a daughter of the late Clinton and Azzie Jude Howard. Edna was preceded in death by her parents as well as her husband, Charles N. Spaulding and siblings; Langley, Calvin, Andy, Clinton B. Howard, and Garland Howard. She was a homemaker.
Edna is survived by her children; Malcolm Moore Jr. (Jane Blevins) of Inez, KY and Thelma (George) Spence of Inez, KY. She has 6 grandchildren and 10 great-grandchildren. Edna also leaves behind her sister, Eva Stacy of Pike Co., KY, and brothers, Bill Howard and Milford Howard both of Pilgrim, KY. She would want all of her family to be good to one another and meet her in heaven someday.
Funeral services will be conducted on Tuesday, November 26, 2019 at 1:00pm at the Martin County Freewill Baptist Church of Wolf Creek, KY with Bobby Mullins and others officiating. Burial will follow in the Spaulding Family Cemetery of Venters Branch, Debord, KY. Visitation will be after 6pm Sunday and after 5pm Monday at the church. Special services will be conducted on Monday at 7pm at the church. Mullins Family Funeral Home is honored and privileged to be serving the family of Edna Howard Spaulding.